Shibam. Manhattan in the Desert 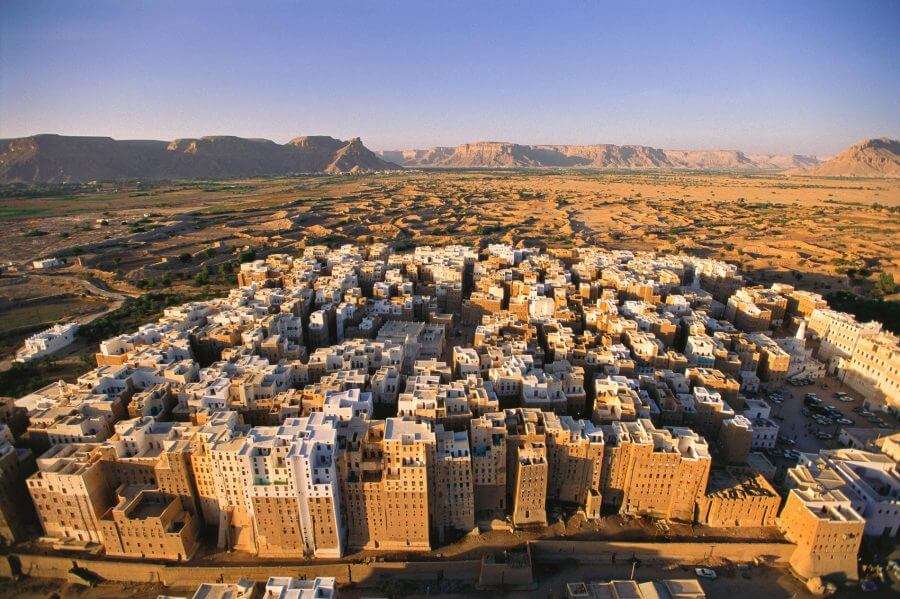 Shibam city is a town in Yemen located at the edge of the vast desert called the Empty Quarter. Part of the UNESCO World Heritage List, the 16th century city shibam is filled with multi-story mud-brick houses. The city is built upon a rocky spur that prevents it from flooding and is an excellent location to see enemies coming during that period of time. It also used to be an important pit-stop for the trading caravans that traveled around the Arabian plateau. The city has some of the oldest skyscraper still standing.

Many people refer shibam yemen as the oldest skyscraper city in the world or the buildings as ancient towers of the world. It features mud yemen houses that are some of the tallest mud buildings in the world. These shibam mud houses are considered early high-rise apartments and can be anywhere between 5 to 11 stories high.

The buildings are built close to each other which provides shade and protects them from heat from the desert. Most of those high rises are built with bricks made from soil, hay, and water. They gather the fertile soil around the city, mix the ingredients, and leave out in the sun for a couple days. Some of these yemen houses are used to store grain and livestocks.

Although the oldest skyscraper still standing, it is often subject to natural threats like wind, rain, erosion and heat. While dangerous, people still live in these shibam mud houses till this day.

In shibam city, you can get typical yemeni food which resembles middle eastern cuisine with some Ottoman and Indian influence. Their national dish is the saltah which is a type of brown meat stew, and they often use a flat bread to scoop it up and eat. The Yemeni people typically like to have warm meals in the morning that consists of pastry and coffee or tea; or if they opt for a more hearty choice, they will eat things like legumes, eggs, and meat. Lunch is their main meal, and they consume a lot of meat, poultry, and grains. Their dinner is often similar to their breakfast except they prefer not to have pastries.

If you do decide to travel to Yemen, you will truly be able to appreciate these ancient
towers of the world. The oldest skyscraper city has its own charm that you can not find
anywhere else in the world.